It Finally Happened! A Monumental Shift to Mobile Internet Usage 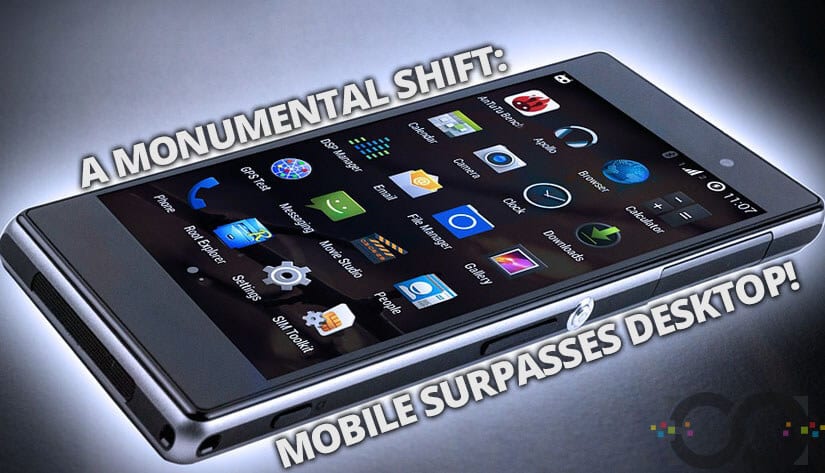 It was only a matter of time before mobile internet use surpassed desktop, so mark your calendars because on November 1st 2016, StatCounter issued a press release stating that smartphones and tablets accounted for 51.3% of the worldwide consumption of internet, where desktop only accounted for 48.7% during the month of October. 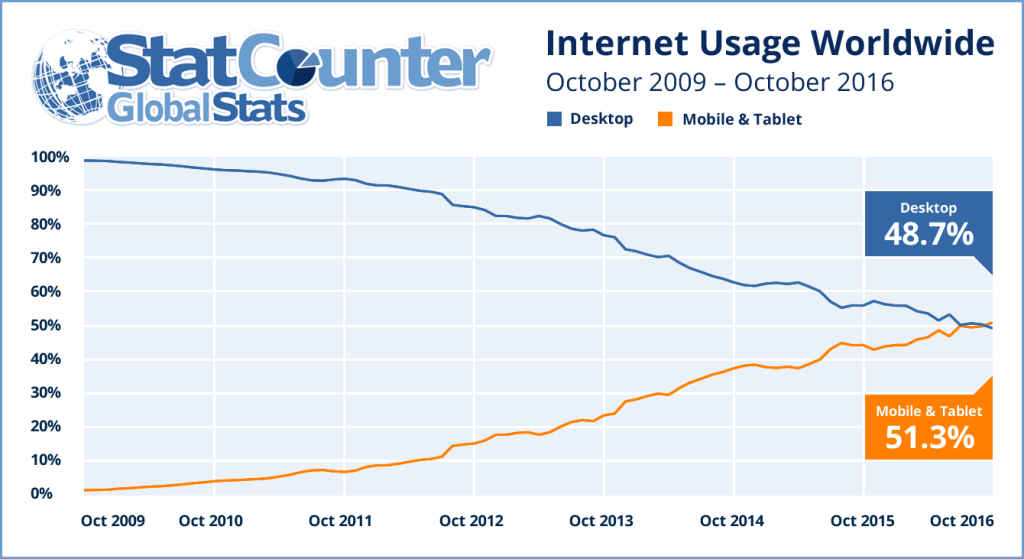 For more than a year now, us web designers have been creating mobile versions of websites to account for the high volume of mobile traffic that websites have been getting.  Well to be fair, we also wanted to avoid penalties from Google!  In a blog directly from Google earlier this year, they clearly let their intentions be understood by flat-out saying they’re trying to make the web more mobile friendly.  Once again, there’s no way of sugar-coating it, mobile is present and future of digital marketing!  StatCounter CEO, Aodhan Cullen sums it up perfectly:

“This should be a wake-up call especially for small businesses, sole traders, and professionals to make sure that their websites are mobile friendly.”

While countries such as the UK still have a little ways to go, Japan, the US, and many more have already seen mobile surpass desktop so the news shouldn’t be too much of a surprise.  Moving forward, we predict that as the holidays are approaching, mobile searches will only continue to dominate the internet.  How do you feel the next several months will play out as web designers and digital marketers are becoming more aware of this mobile trend?