HomeSocial MediaSnapchat vs Instagram: Which is the better storytelling app?

Snapchat vs Instagram: Which is the better storytelling app? 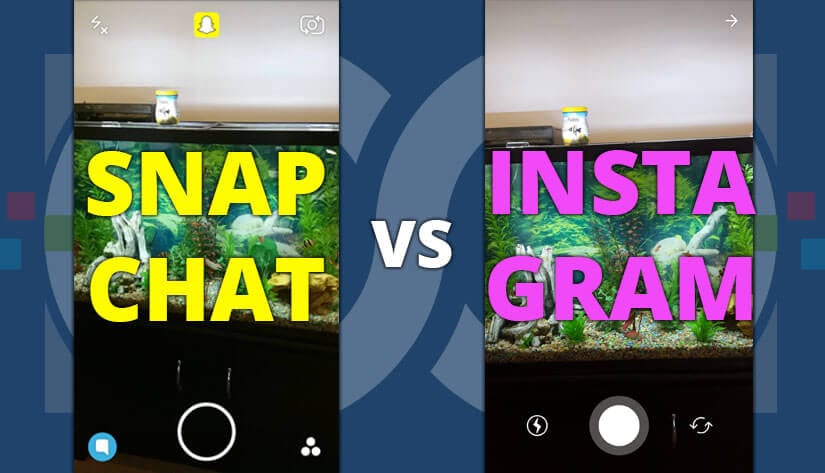 If you’re in business in Bucks County and looking at various digital marketing strategies to complement local SEO as a method of growing your company, you should consider advertising on social media. Facebook and Twitter are probably the first two websites that come to mind when those who need to advertise their business think of social media. In addition to extremely impressive traffic volume, they have also been around longer than most with Facebook having launched in 2004 and Twitter in 2006. While they are two of the bigger kids on the block, they are not the only ones.

Two other social media platforms that businesses are having to evaluate for potential marketing prospects are Instagram and Snapchat. These social media sites launched in 2010 and 2011 respectively. Snapchat has been giving Instagram a run for their money. They brought an array of new features to market that millennials especially were fond of such as filters that enable them to easily change the look of the images they share. That said, Instagram has clearly pulled ahead of Snapchat, and it’s hard to see Snapchat catching up anytime soon.

Why Choose One or the Other?

Businesses in Bucks County have many marketing options available to them thanks to the top-notch services offered by a company like Planet 8 Digital. When it comes to the question of Instagram versus Snapchat, Instagram seems to have the edge unless you sell a product or service that is heavily skewed toward a younger demographic where Snapchat still currently has an advantage. That said, if you examine Snapchat’s pricing and they seem to compensate for any disadvantages, why not advertise in both venues?

I don’t know how many sales your business needs in a month to do well, but the 300 million active monthly users that Snapchat has is still a huge number of people to reach out to. Focus on Instagram first, but if your ad budget allows it, there’s no reason not to reach out to both platforms’ audiences, and expand your brand as widely as possible.